Maison Francis Kurkdjian has become a patron of the Château de Versailles, providing support for creation of the Perfumer’s Garden. Situated in the Châteauneuf Orangerie garden in the heart of the Trianon estate, this garden will be home to hundreds of different plants used in perfume-making. It will open in spring 2023.

The fruit of exceptional collaboration between the Trianon’s gardeners and Francis Kurkdjian, the Perfumer’s Garden will showcase hundreds of fragrant species, inspired by the spirit of the 17th-century Trianon gardens. 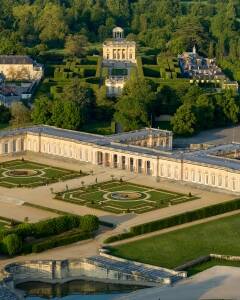 This exceptional garden will include traditional species such as roses and jasmine, as well as plants with surprising scents, ranging from chocolate to apple. There will also be malodorous plants and so-called “mute” plants such as hyacinth, peony and violet, whose scent must be reproduced synthetically for fragrances.

Visitors will also be able to discover the rich history of perfumes in the court of Versailles. In the 17th century, as Louis XIV commissioned work on the Trianon de Porcelaine, which later became the Grand Trianon, flowers became extremely fashionable and the Trianon gardens were abloom with heady fragrant species. At the same time, a craze for perfumes burgeoned at the court of Versailles, making the palace the cradle of the perfume-making craft from the late 17th century onwards. 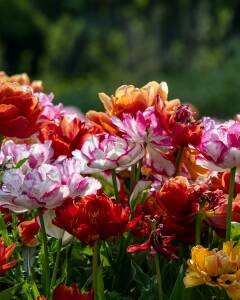 With the Perfumer’s Garden, visitors will have a chance to discover Versailles from a fresh bucolic perspective amidst a captivating garden previously closed to the public.