Decked out in red flowers, Sevilla’s Plaza de España provided a spectacular backdrop for the Cruise 2023 collection designed by Maria Grazia Chiuri, Artistic Director for Dior Women’s collections. An ode to the creativity and beauty of gestures, the wardrobe celebrates Andalusian culture and savoir-faire. 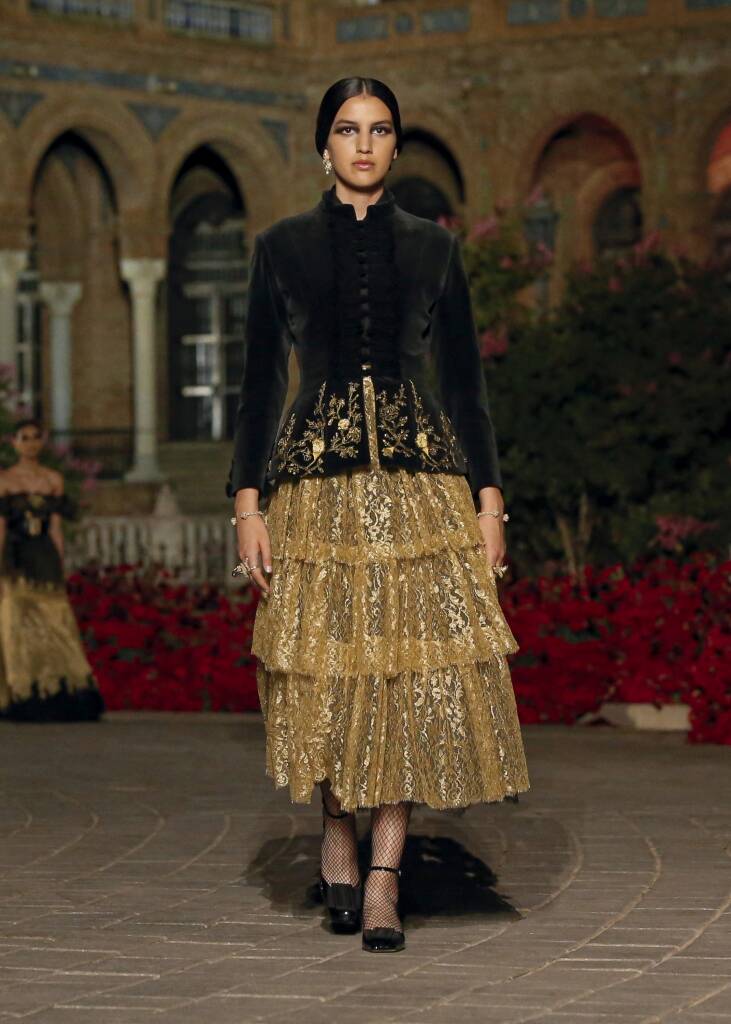 From the spring-summer 1956 haute couture Bal à Séville dress designed by Christian Dior, to the Plaza de España – built for the 1929 Ibero-American Exposition – the collection embraces the richness of the cultures that have shaped Spain. 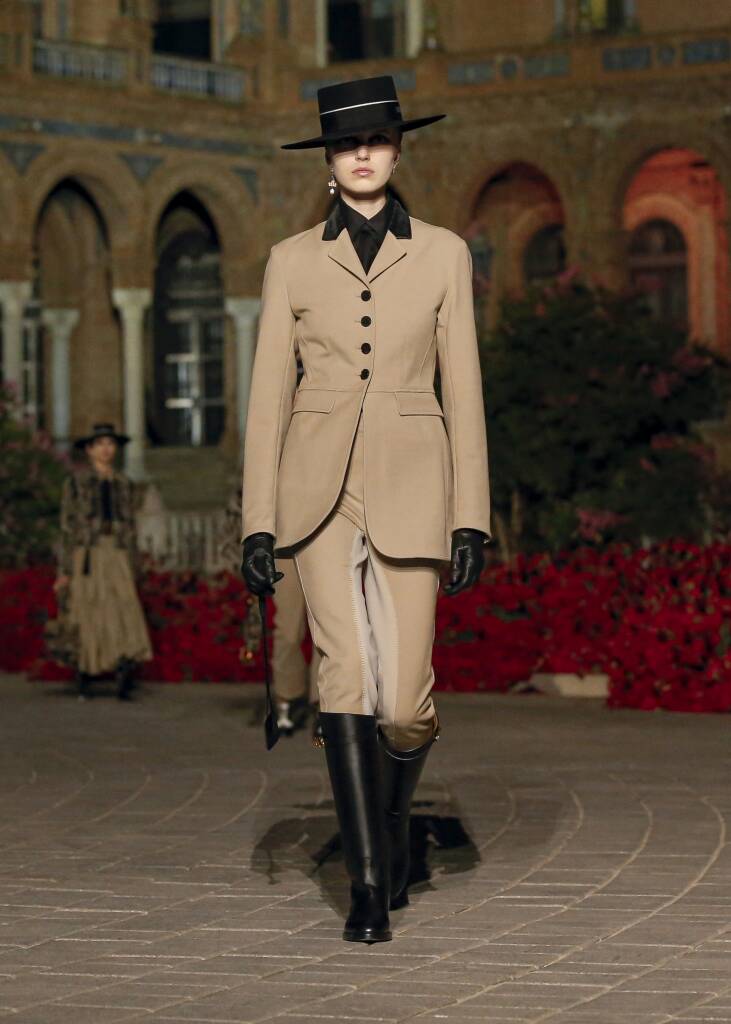 Dancer Carmen Amaya, known as La Capitana, is the icon of the new collection. With her revolutionary movements, she was the first Flamenco dancer to perform in men’s clothing, embodying a plural femininity. 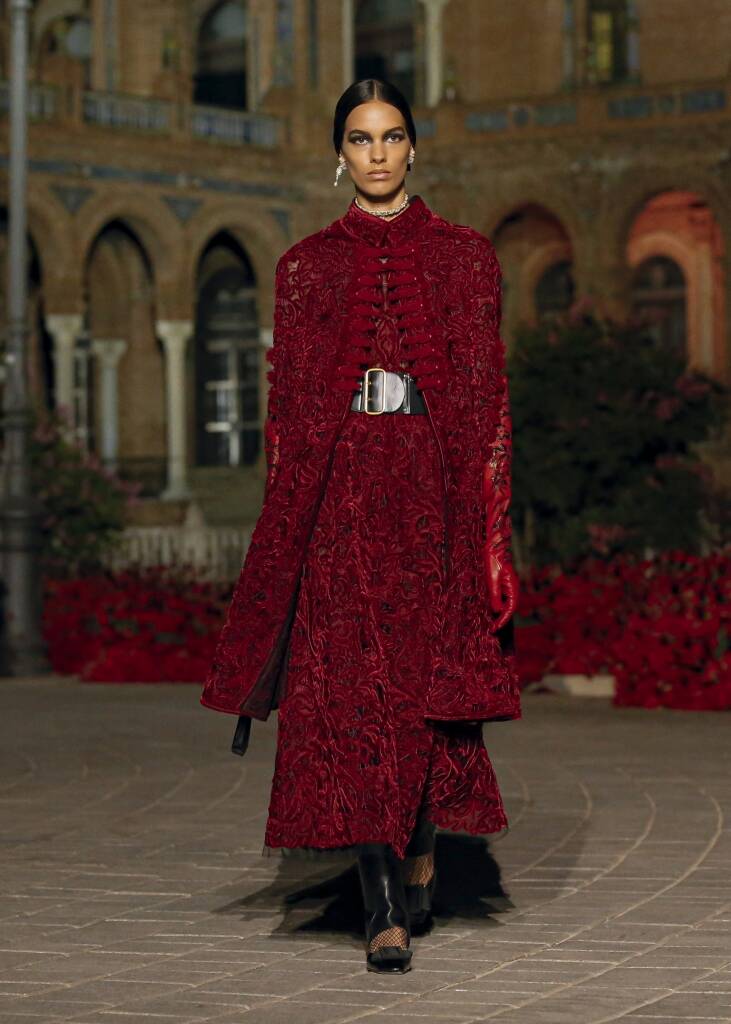 Maria Grazia Chiuri’s creations for this cruise show celebrate multiple visions of femininity in a dialogue inspired by craft between Dior ateliers and Spanish artisans.