Each year, European Sustainable Development Week is an opportunity to stimulate and heighten the visibility of initiatives that promote sustainable development and the Sustainable Development Goals (SDGs) across Europe. The current crisis underlines the importance of not losing our focus on the goals of the transition to more sustainable development. LVMH has long made proactive environmental responsibility a pillar of its success. To mark ESDW, the Group is spotlighting several emblematic initiatives that range from protection of biodiversity and contributing to the fight against climate change, to improving the sustainability of its products.

Creativity, innovation, delivering excellence and entrepreneurial spirit are well established as LVMH’s core values. In 2019, LVMH Chairman and Chief Executive Officer Bernard Arnault added ‘commitment’ to these shared values, encompassing a commitment to inclusion and solidarity, and to protecting the environment. Since the formal rollout of its environmental policy in 1992, LVMH has continually expanded and strengthened initiatives to reduce the impact of its activities.

Already ahead of the ambitious roadmap established by the LIFE – LVMH Initiatives For the Environment – program, the Group announced further commitments last fall, notably in favor of biodiversity and animal well-being. A million species are currently threatened with extinction, and the world’s water resources are becoming increasingly scare. LVMH has thus expanded its efforts to protect biodiversity, since nature is a source of both the inspiration and the raw materials for its products.

LVMH Wines & Spirits Maisons are working to limit the use of chemicals and protect soils. At the Vinexpo show in Paris in February 2020 they hosted a forum to examine current winemaking models and imagine ways to accelerate the ecological transition and protection of soils.

The Fashion & Leather Goods business group has made animal well-being a top priority, notably with the publication in September 2019 of the LVMH Animal-based Raw Materials Sourcing Charter. Perfumes & Cosmetics and Watches & Jewelry Maisons share this same sense of responsibility since their activities depend directly on biodiversity. They have made commitments to protect and regenerate plant species, and to jointly create sourcing channels that respect local farming practices and communities. 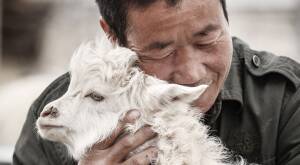 Alongside these actions to protect biodiversity, LVMH also contributes to the fight against climate change by reducing the CO2 emissions from energy consumption by its stores and production sites, as well as the transport of raw materials. The Group has already surpassed the LIFE 2020 target of reducing its carbon emissions by 25%. 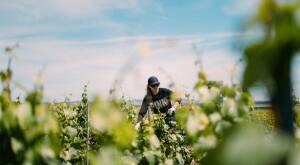 In conjunction with the second RRR – Repair, Reuse, Recycle – campaign launched by Refashion, LVMH is spotlighting three emblematic initiatives that illustrate the Group’s art of repairing, reusing and recycling at Berluti and Louis Vuitton and through a partnership between LVMH and waste recycling specialist CEDRE (Environmental Center for Deconditioning and Ecological Recycling):