The sun has still not set on this 5th edition of the Journées Particulières.

Entering the Officine Universelle Buly in Kyoto, visitors take a wonderful journey through time, with the curious impression of finding themselves in a sukiya-zukuri, a tea house of yesteryear. However, it is oils, powders, clays, perfumes and other cosmetic treasures that are available to them. During the LVHM’s Les Journées Particulières, the Officine Universelle Buly in Kyoto offers an introduction to the subtle art of calligraphy, thanks to a workshop given by a master in the field. 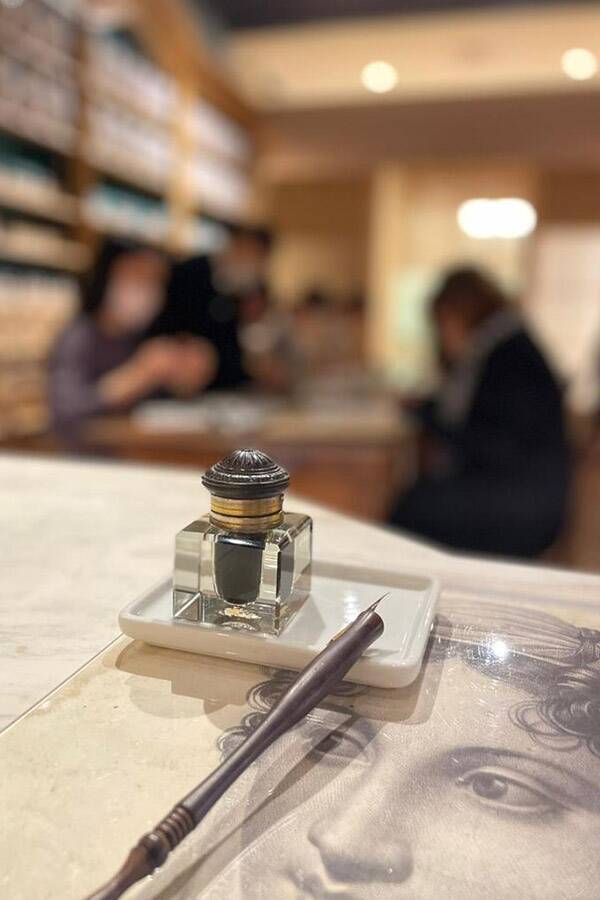 Home to Fendi’s most iconic boutique in the world, the Palazzo Fendi, completely renovated in 2015, was built in the 17th century in Rome. It gives pride of place to travertine, this marble used for the construction of the most beautiful monuments of ancient Rome. During the LVMH’s Les Journées Particulières, the lucky visitors have the chance to access the first floor, where the world’s first in-store working Fur Atelier is located. In a cozy atmosphere, they admire the craftsmen at work. 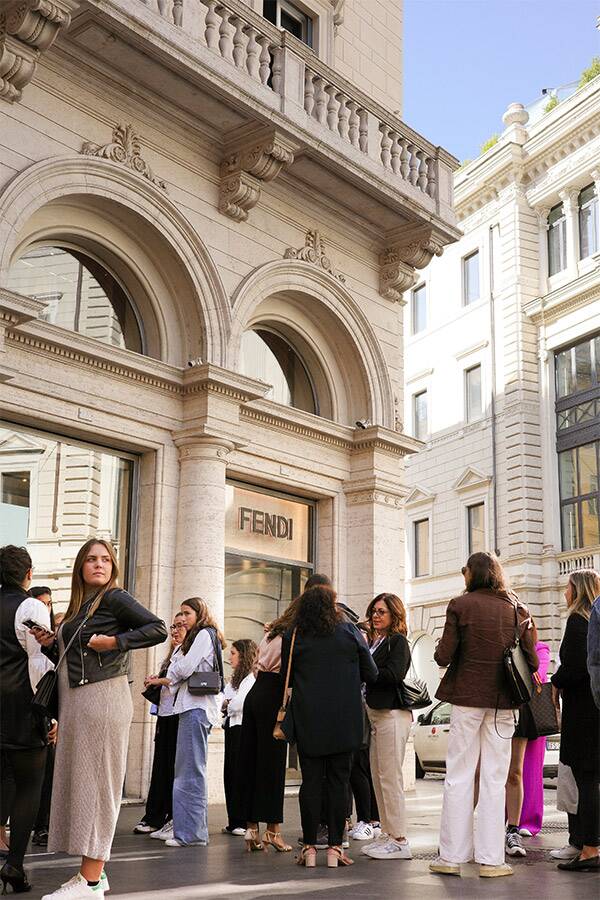 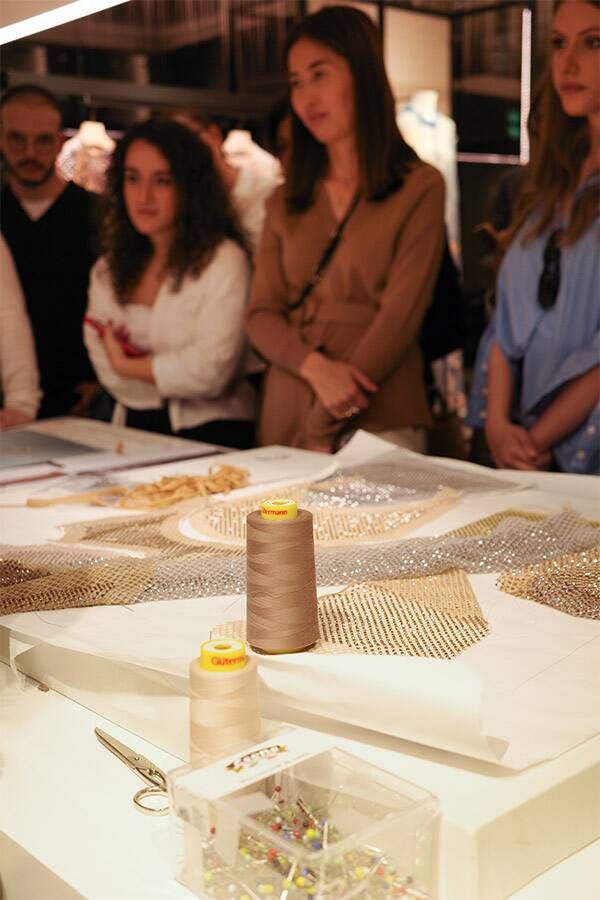 Located in the heart of historic Paris, a few steps from the Galerie Vivienne where the very first boutique opened its doors in 1970, Maison Kenzo occupies the Hôtel Desmarets which, in a nod to history, was once an office trade in silks and woolens. A few decades later, visitors to Les Journées Particulières stroll through the studio and workshop where the colorful world of the House’s collections takes shape, under the guidance of Nigo, its visionary creative director.

Just a few blocks from San Francisco’s historic Union Square, House of Benefit is the global headquarters of Benefit Cosmetics, deeply infused with its history and fun, fearless style. With its pink-splashed walls and irreverently named meeting areas, the office reflects Benefit’s core belief that “laughter is the best cosmetic”.  After learning about the unique product development journey, visitors will experience a first-in-class Brow Masterclass. A unique Benebabe experience in the city where it all began. 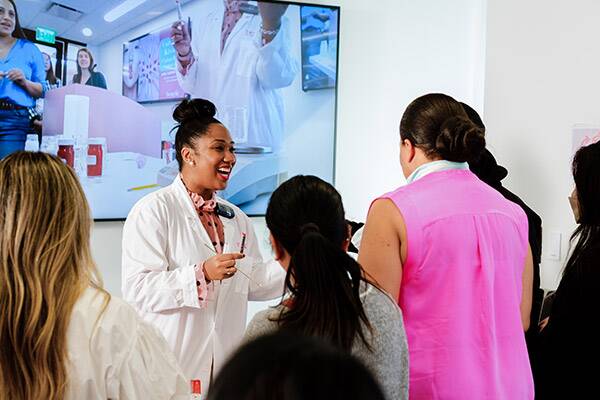 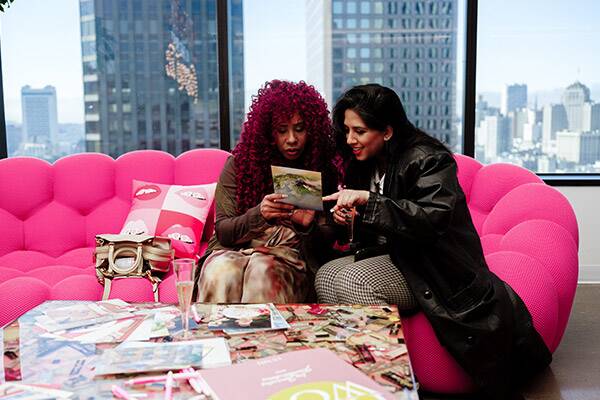 An essential stop on the Napa wine trail, Chandon California tells the story of its exceptional wines against the stunning backdrop of its sprawling vineyards. The House receives participants in Les Journées Particulières 2022 starting with a Sunrise Meditation, allowing them to gain a sense of place and immerse themselves in the magic of its lands. Visitors are also invited to participate in a Vineyard Education and Masterclass hosted by Carlos Danti, the winegrowing director, and by winemaker Pauline Lhote. Chef Juan Cabrera will devise an exclusive menu to pair with Pauline’s wine selection. 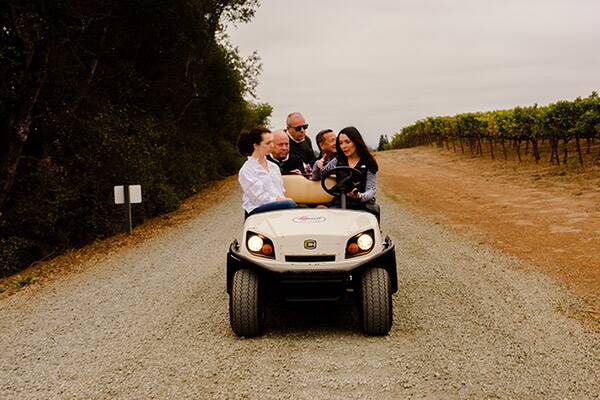 If the exception were to be summed up in one wine, it’s a safe bet that it would be the Château d’Yquem. The history of this estate is like a novel, an epic saga full of events and colorful personalities spanning more than four centuries.. The LVMH’s Les Journées Particulières are an opportunity to offer a guided tour to discover the castle, its history, its exceptional terroir, then the vineyards, the laboratory, and the underground cellars. Taking advantage of this harvest period, the technicians of the House explain to the public the magic that makes the particularity of its wine: the action of the microscopic fungus botrytis cinerea, known as “noble rot”. 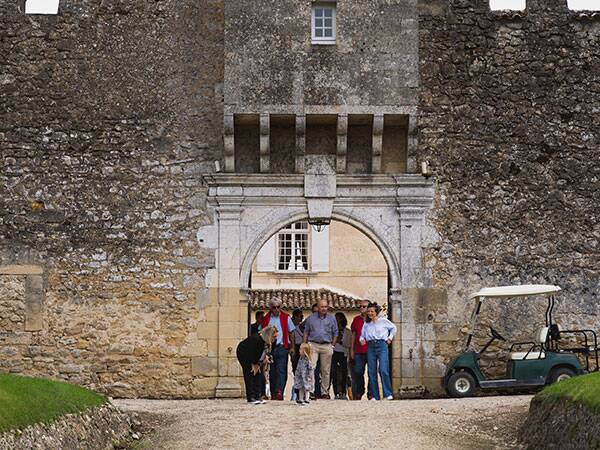 Berluti’s bespoke shoes are the quintessence of the House. Passing through the discves with the secrets of boot making, meetireet door that leads to the workshop, visitors will be able to familiarize themselng exceptional craftsmen who guide them through four rooms, corresponding to the succession of stages in the process: measuring, roughing, pattern making, and stitching, then assembly and finishing. 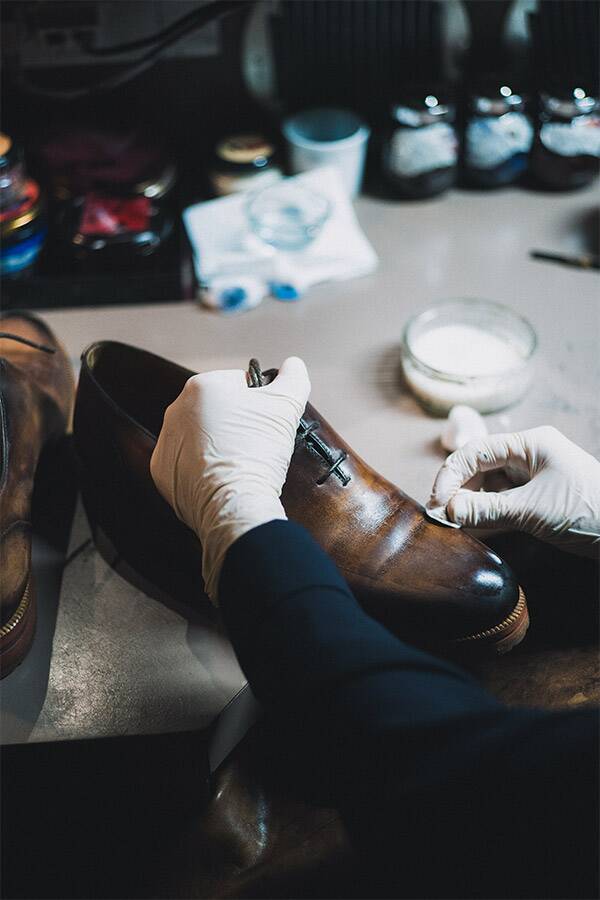 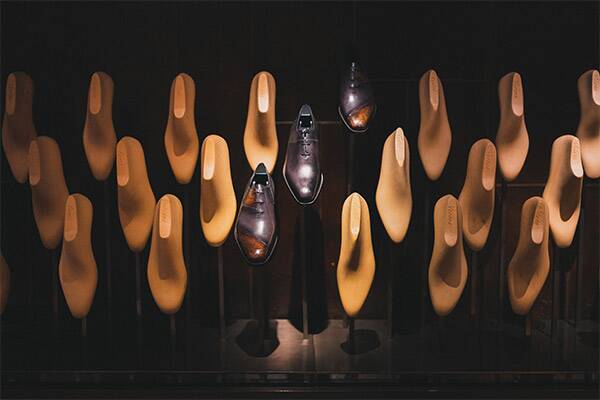 Visitors are invited to enjoy a unique experience during Les Journées Particulières as part of the celebrations for Le Bon Marché Rive Gauche’s 170th anniversary. The immersive play Le Bonheur des Dames, inspired by Emile Zola’s writings, is a first within a department store and will be performed after the store has closed for the day. Before the show visitors will be invited to meet our creative director Frédéric Bodenes in the Salons Particuliers, where he will take you behind the scenes of the play and tell you about the store’s artistic and cultural commitments. 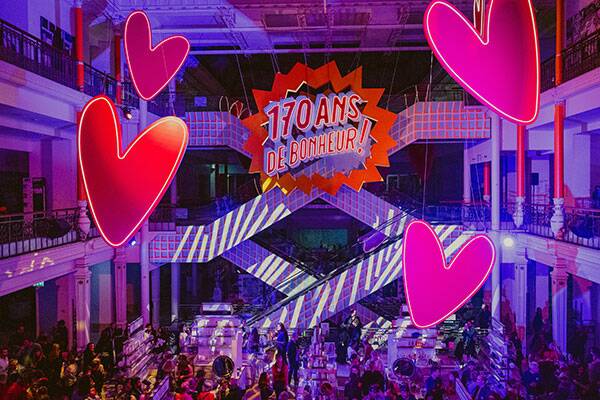 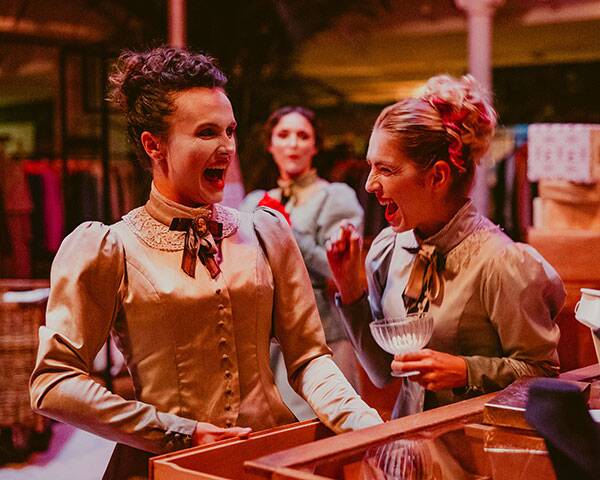 Specialized in calf leather and located in Santa Croce sull’Arno near Florence, the tannery Masoni respects the artisanal tradition of its territory while being at the forefront of technological evolution. Visitors can discover Conceria Masoni in three main ways: the Colour is not an opinion exhibition in the Menouno studium of Masoni S.p.A, a guided tour of the tannery, and through hearing from specialised artisans about the savoir-faire relating to the world of leather.

In Mendoza, Argentina, Maison Chandon welcomes visitors for an exclusive immersion in its cellars and during a wine tasting hosted by its expert winemakers and wine ambassadors. This unique experience ends with a food pairing orchestrated by the House’s chef. A unique journey in one of the most beautiful estates in Argentina, which is inspired from the Old Continent while letting the spirit of the New-World express itself. 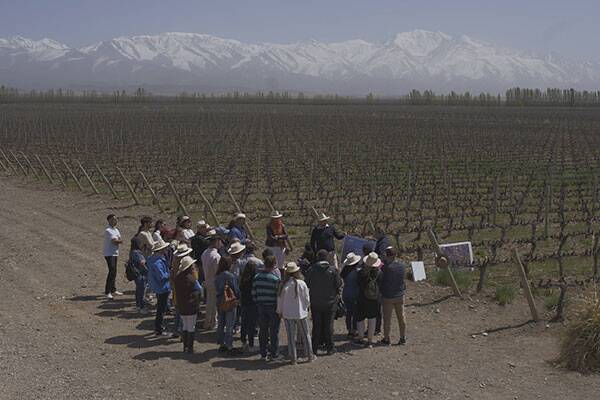 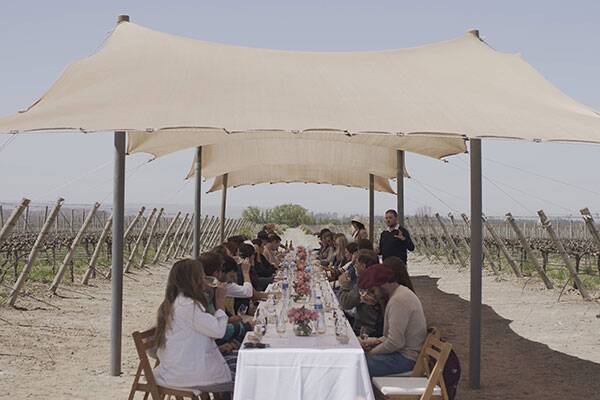 Opened in October 2020 in front of the mythical Opéra Garnier, the Sephora boutique is a true recital. Of make-up, perfumes, skincare… This year, during the LVMH’S Les Journées Particulières, visitors discover the history of the House, discuss with the members of the team and take part in makeup masterclasses. Climax of these three days, dancers from the Opera put on a unique show inside the boutique. Formerly a school, a research laboratory in viticulture and oenology, the Fort Chabrol Moët & Chandon’s site is one of the 14 hillsides, Houses and emblematic champagne cellars inscribed on the UNESCO World Heritage List in 2015. During the LVMH’s Les Journées Particulières, visitors will be given an introductory tour of the vineyards with a presentation of the House’s biodiversity program. Younger visitors will be invited to take part in a creative workshop to build a nesting box for birds. Champagne! 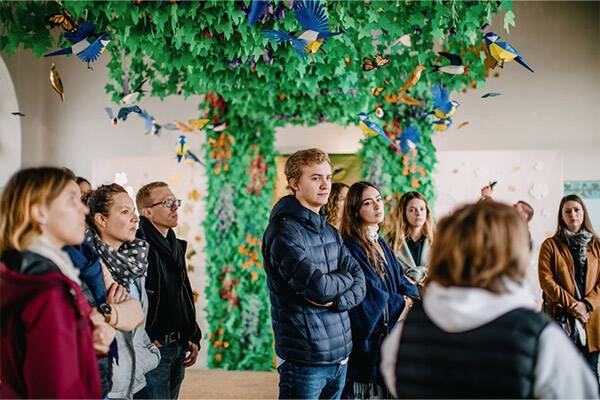 Surrounded by the magnificent landscapes of the Drôme, the Tanneries Roux, specialized in calf leather tanning for more than 200 years, share the uniqueness of their profession during the LVMH’s Les Journées Particulières.Visitors have the opportunity to discover leathers, observe rare machines – tanning drums for example – and unique techniques presented by craftpersons themselves. A sensory trail closes this extraordinairy experience. Founded in 1859, the legendary Louis Vuitton workshops in Asnières, next to Paris, are dedicated to making special orders for rigid luggage, namely trunks, cases and boxes. During the LVMH’s Les Journées Particulières, some of the 300 employees of the House will guide visitors through this unique place. In details: visit of the family house, the workshop made of steel and glass à la Eiffel, and the gallery. 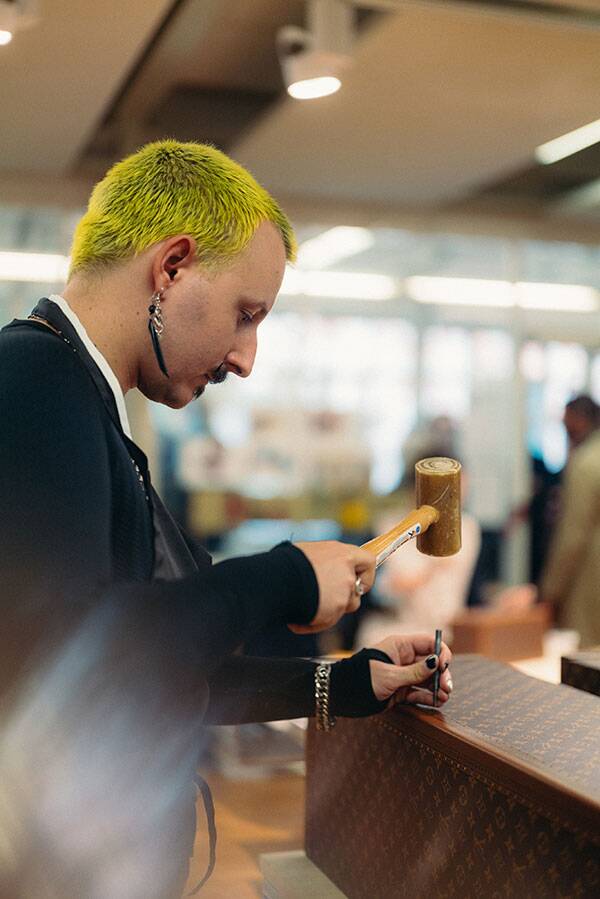 RIMOWA exceptionally opens the doors of its main North American production site, in Cambridge, Canada. This factory is the only one in the company to have a double technological expertise, allowing it to produce both aluminum and polycarbonate pieces in the same place. The visitors will have the opportunity to discover the craftsmanship behind Rimowa’s iconic aluminum and polycarbonate suitcases. The visit includes a behind-the-scenes look at the House’s client care centers, which provide after-sales care to ensure the longevity of Rimowa products. 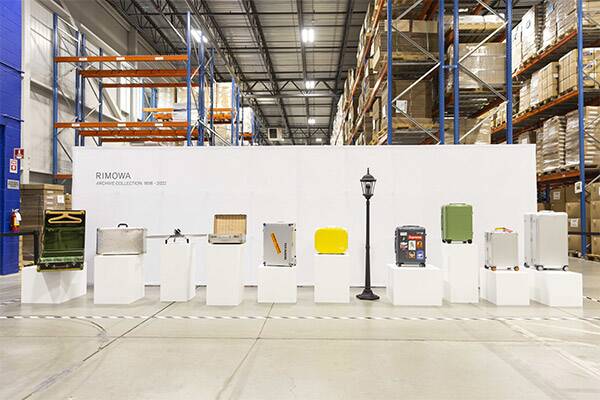 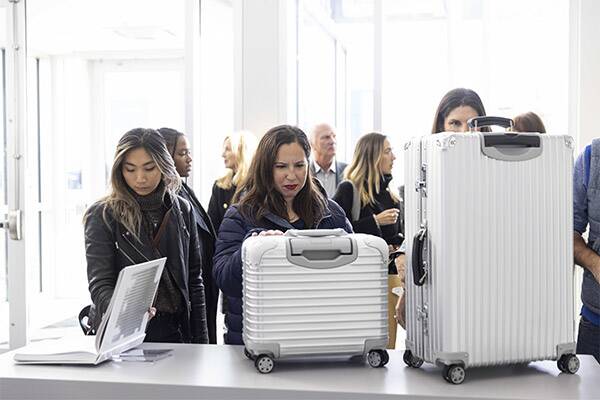 Imagined by Emperor Napoleon III on the model of Hyde Park in London, the Jardin d’Acclimatation is both the French capital’s only amusement park, and the first created in the country. Entirely renovated and modernized in 2018, its age-old charm is intact, anchored in the memory of several generations of Parisians. During the LVMH’s Les Journées Particulières, several villages are arranged in the park, presenting the wide range of trades that are practiced there: gardeners, animal keepers, trainers, carpenters, painters, attraction operators… And because the party must be total, street artists, stilt walkers, jugglers, acrobats and fire-eaters parade through the walkways to the rhythm of concerts held here and there. 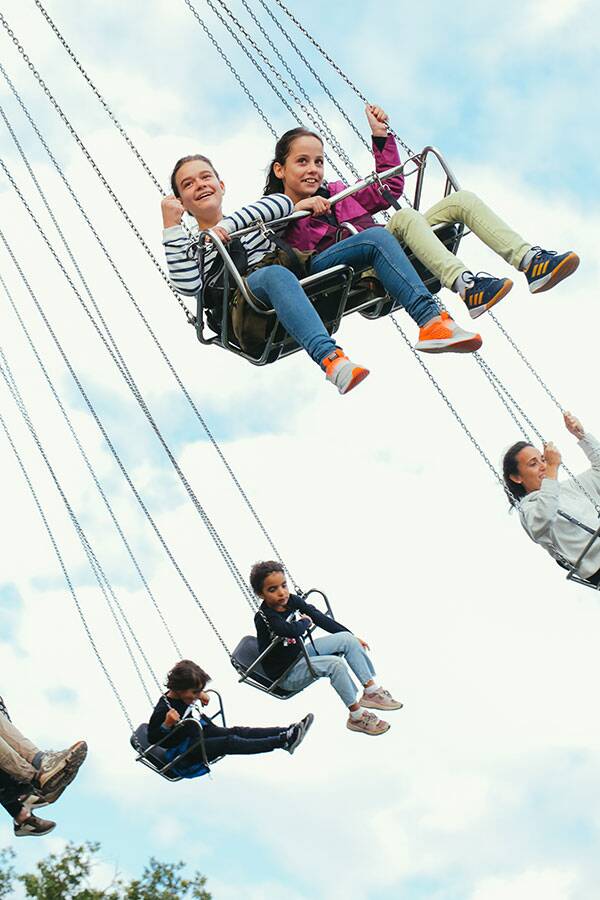 With a breathtaking view over the Mediterranean Sea, 69 hectares of vineyards and 77 of protected woodlands, Château Galoupet is an absolute sanctuary for biodiversity. Guided by the winegrowers, visitors of the LVMH’s Les Journées Particulières discover all the richness of the fauna and flora of the Estate, and become unbeatable on the micro-terroirs and grape varieties of Château Galoupet, as its beloved Tibouren. 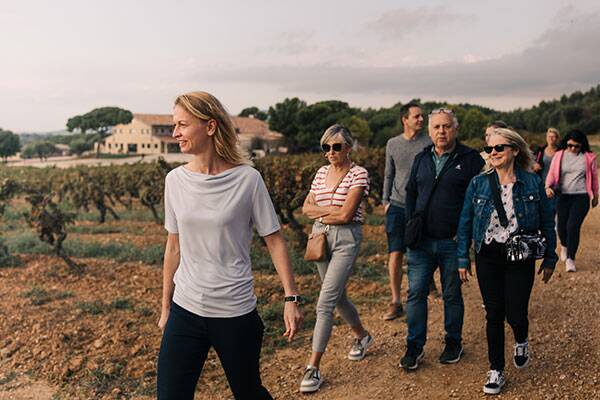 Built in 1871, decorated with immense and majestic bas-reliefs, Mercier cellars extend over no less than 18 kilometers under the famous Champagne town of Épernay. On board a small train driven by one of the House’s employees, visitors to the LVMH’s Les Journées Particulières can admire a giant blending vat containing the equivalent of 200,000 bottles of wine and weighing over 20 tons. 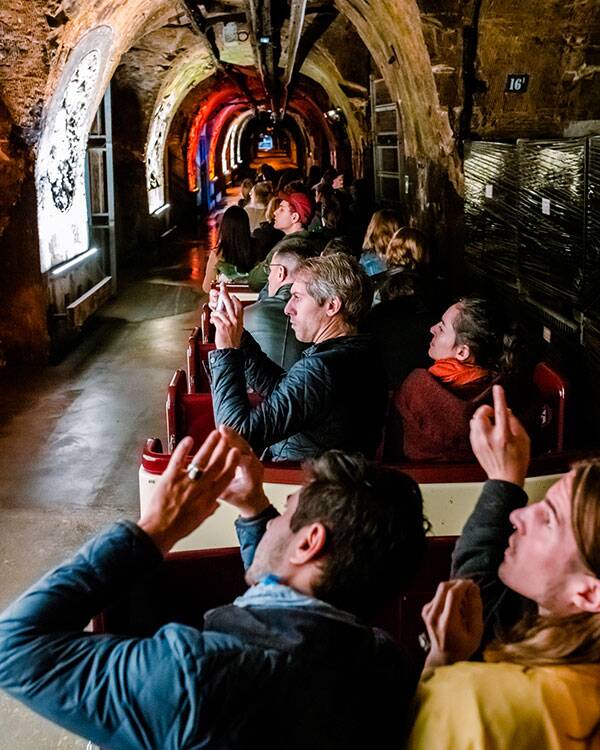 On the banks of the Charente River in Cognac, Hennessy opens the doors of the park of its magnificent property, the Château de Bagnolet. The seven acres of its park are full of remarkable plant species: majestic pedunculate oaks, lime trees, hackberry trees, plane trees, willows, and other chestnut trees. The gardens of the estate have been redesigned under the direction of landscape designer Claire Munier, who is offering a masterclass for the nonce. The Pergola and the Belvedere, newly restored, extend the visit of an emblem of the art of living of the House under the benevolent eye of the teams of the Château. 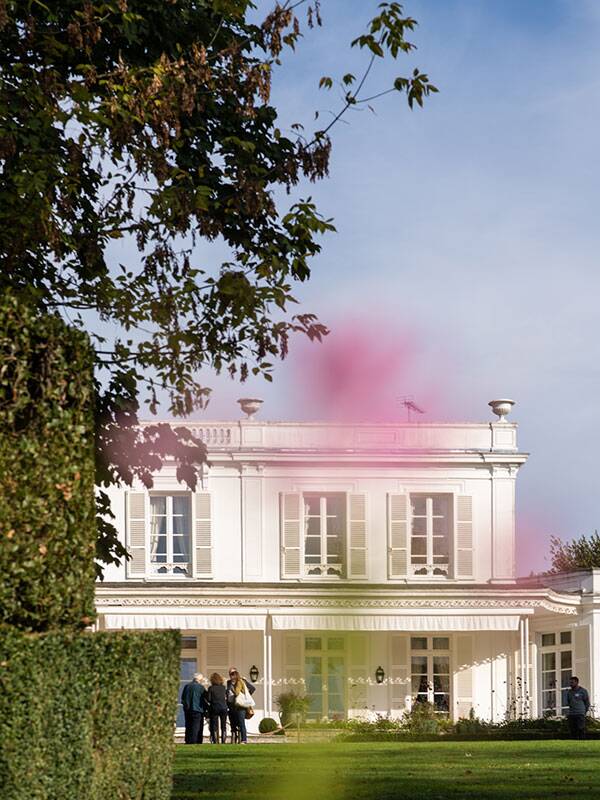 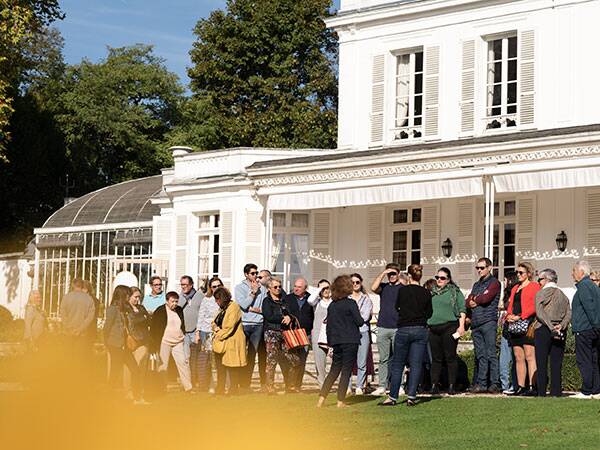 An essential place in the history of Swiss watchmaking, the Manufacture Zenith has been located in the same building since 1865, that has since been included on the UNESCO World Heritage List. Welcomed by employees of the Manufacture, visitors to the LVMH’s Les Journées Particulières 2022 travel there through the great history of watchmaking, from its illustrious past to its contemporary form. And the fabulous history of the El Primero movement is revealed to them. 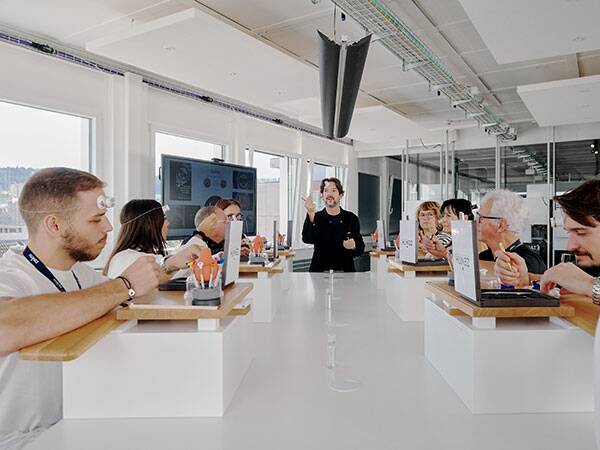