Parfums Christian Dior has been drawing inspiration from the exceptional powers of grape vines for its cosmetics line for some 30 years. The exceptional terroir of Château d’Yquem, owned by the LVMH Group, has nourished the expertise of Dior Science in a unique formulation for L’Or de Vie, first created in 2007. Now L’Or de Vie has been rejuvenated with a new formula enriched with Yquem sap, the fruit of nine years of research, accompanied by the new 2019 Vintage of La Cure skincare in a limited edition.

The mythic L’Or de Vie line from Christian Dior Parfums is instantly recognizable with its gilded bottles, inspired by the golden leaves of Château d’Yquem grapevines bathing in sunlight. This Bordeaux vineyard benefits from exceptional climatic and geographic conditions, resulting in renowned grand crus. Equally exceptional is the Yquem sap, a veritable life essence that irrigates the heart of the vine, giving it the strength to reawaken at the end of winter. Yquem sap reveals all its secrets of longevity in the new formulation of L’Or de Vie.

At the beginning of spring, vine shoots are harvested when the grapevines are bleeding and the sap is at peak concentration. The shoots are dried for at least six months to achieve maximum molecular richness. Dior Master Formulators have performed 17 different purification and extraction steps to double the concentration of Yquem sap in L’Or de Vie. Composed of 94% natural origin ingredients, the new formula has a generous melting texture and respects both the skin and the environment. 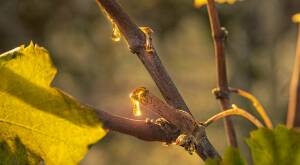 This super-concentrated iteration of L’Or de Vie has exceptional new properties, offering the most powerful antioxidant protection ever. It boosts cell resistance to stress and increases cellular longevity. The restored skin is nourished by the Yquem sap, regaining its youthful radiance and firmness.

Each year, a new vintage of L’Or de Vie La Cure is created in a limited edition. This new elixir encapsulates the benefits of an exceptional spring and summer weather in the Sauternes region. The late harvest of firm and plump grapes gives La Cure Vintage 2019 a rare balance. A formula with 88% natural origin ingredients includes the highest ever concentration of Yquem active ingredients. The incredibly rich texture hydrates the skin, leaving it slightly satiny. In just three months the skin is more toned and its youthful radiance restored. Nestled in a numbered case crafted in Dior ateliers, three luxurious wax-stamped bottles are sealed with golden thread, reprising the knot of vine shoots at the foot of Yquem vines.