In line with its values of transmission, the LVMH Group has been acting for numerous years to promote equal opportunities, employment access and youth education. In light of the current health context, the Group and its Maisons aim to strengthen their commitment with several initiatives. Here is a global overview.

LVMH’s involvement runs deep in its wanting to support young people in their professional paths. It is why for 16 years, the LVMH group has been ranking first as most attractive employer among management and trade students in France, according to Universum’s survey. The group attractivity and the outreach of its actions helped more than 4,900 interns and apprentices to train in a unique ecosystem and more than 850 young graduates to join its ranks in 2020.

In order to keep on helping future generations of talents, the LVMH group added a new scope to its international program, known as INSIDE LVMH. It gives students and young graduates the chance to deepen their understanding of skills and careers in the luxury industry. It is a digital platform that can be accessed by students worldwide: www.insidelvmh.com.

It provides a selection of exclusive content and events and delivers a luxury certificate to help students and early career professionals deepen their knowledge of the luxury industry and LVMH. Since its launch in March 2021, more than 16,000 have registered and 3,000 at least already obtained their INSIDE LVMH certificate during the first session in June and July 2021. The next session will be organized in October.

Around the world, the Maisons work closely with local players to support long-standing partnerships and develop new projects.

In the United States, the Maison Tag Heuer continues to support United Way of NYC, which works to provide education to underserved children. Thanks to the partnership, a new library was unveiled in June 2021 at the Mill Brook Community Center, in South Bronx. In addition, Louis Vuitton Americas began a project with A Better Chance as a cornerstone diversity, equity, and inclusion initiative. As for Tiffany & co, 25 employees supported the Lower Eastside Girls Club, provided ongoing mentorship to girls in high school and college, and took part in several education programs. On the other side of the world, in the Asia-Pacific region, Sephora China developed the Smile Program, in collaboration with Operation Smile in 2015. It focuses on helping cleft lip and palate patient children. To date, more than 1,000 operations have been scheduled.

As for DFS Bali, they continue to provide aid and donations to their local orphanages with education-related actions. Most recently, employees presented educational gifts to all children to celebrate the holidays. The Maison also supports the youth community in Guam by hosting educational events and fundraisers. In 2018, DFS Hong Kong created project WeCan that works with the Buddhist Sum Heung Lam Memorial College to provide disadvantaged students with employment opportunities and empowers them to pursue higher studies.  Finally, DFS Australia has partnered with two youth charities including Camp Quality and Make a Wish which organize fund raising events to support families struggling with cancer.

In Italy, Bvlgari has been supporting Save the Children to provide education to children at risk since 2009. Over the past 12 years, more than 1.5 million children were able to reach a better future. In France, the LVMH group renews its partnership with ‘Nos Quartiers ont des Talents’ (Talent from Our Neighborhoods), enabling youth from underserved neighborhoods or low-income families to be sponsored by an LVMH manager. In 2021, 162 collaborators came together and accompanied them in building their career paths. At Sciences Po Paris, the LVMH Group upholds its commitment to the ‘Priority Education Conventions’, providing mentoring and scholarships. For 11 years, LVMH has nurtured a partnership with the cities of Clichy-sous-Bois and Montfermeil in the Seine-Saint-Denis region, just north of Paris, to promote inclusion for youth from underserved neighborhoods, thus contributing to social cohesion. For instance, more than 1,500 junior high school students from both cities haven taken part in ‘discovery internships’ at LVMH. In addition, during the Montfermeil ‘Cultures and Creation’ fashion show, the Group presented the ‘LVMH CSR Young Talent” award to a non-professional designer. They will receive mentoring from the LVMH Group as they chart their future career.

Then, LVMH co-founded ARPEJEH in 2008 (an acronym for the French name, meaning ‘supporting young disabled students through education’). Therefore, the LVMH group and its Maisons regularly receive young interns with disabilities (14 in 2020/2021) and set up working groups in pairs. In March 2021, during the vocational fair ‘Semaine des Métiers’, nine Maisons presented their craft to 216 young people. 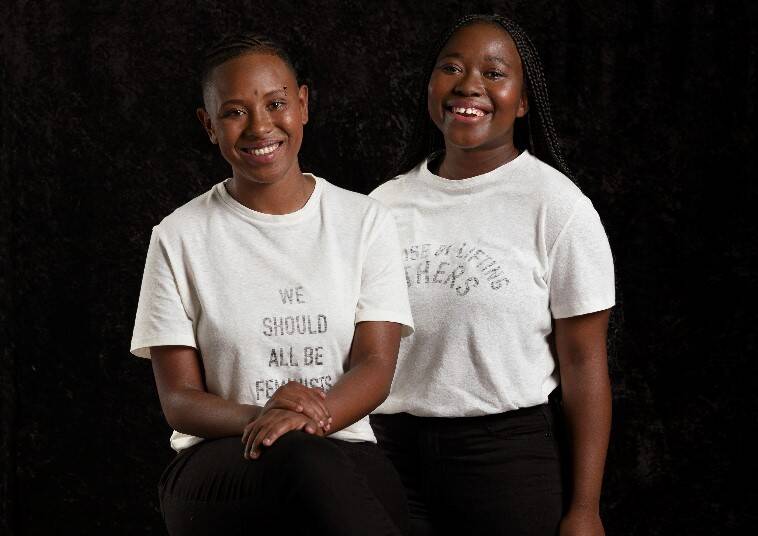 In South Africa, the Maison Dior has been supporting the CTAOP (Charlize Theron Africa Outreach Project Youth) Leadership Program for many years. More recently, the program developed scholarships to help the leaders of tomorrow, who are often young women praised for their involvement and passionate commitment to their local communities in Africa. The Maison pledged to cover the 2021 scholarships for a period of four years.

Finally, on a global scale, there is no need to introduce the Louis Vuitton / UNICEF initiative, supporting children affected by conflicts and natural disasters. Since its launch, this partnership helped collect almost 1.3 billion dollars for children in emergency situations.