As part of its social responsibility policy, LVMH has partnered for more than ten years with the Paris suburbs of Clichy-sous-Bois and Montfermeil in the Seine-Saint-Denis department to promote inclusion of young people from underserved neighborhoods and thus contribute to social cohesion.

Since 2010, nearly 1,500 middle school students from the two cities have taken part in “discovery internships” at LVMH Maisons. Organized five times each year, these one-week internships bring students a chance to discover a wide variety of skills and professions at the Group through presentations and exchanges with staff from LVMH and its Maisons. The students also have a chance to visit exceptional sites such as the Louis Vuitton workshops in Asnières or the production facilities of LVMH Perfumes and Cosmetics brands (including Givenchy Parfums, Kenzo Parfums and Parfums Christian Dior). Thanks to this personalized program and discussions with employees from Maisons including Celine, Christian Dior Couture, Guerlain or Le Bon Marché, the students get a concrete introduction to the world of business and an opportunity to start thinking about a profession they might want to pursue. 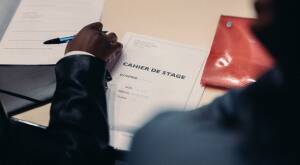 Due to the public health crisis, in-person internships have had to be suspended in 2021, but LVMH feels strongly about continuing this commitment at a time when young people more than ever need positive perspectives. The format has thus been adjusted to bring the students immersive experiences directly from their schools. Five sessions are scheduled at five schools in the two cities, combining in-person presentations, online sessions with LVMH employees, master classes on different métiers, workshops on codes at the workplace and résumé writing with specialist coaches, plus a virtual reality tour of the Fondation Louis Vuitton. The students are active participants through Q&A sessions, workshops and challenges, including team quiz competitions.