LVMH supports the ELLE magazines in the launch of the Prix des Artisanes, aiming to promote the know-how of craftswomen - LVMH

The magazines ELLE, ELLE à Table, ELLE Décoration and the LVMH group have partnered to launch the first edition of the Prix des Artisanes, in association with l’Institut National des Métiers d’Art and the Chambre des Métiers et de l’Artisanat. This Prize aims to support, enhance and promote the know-how of craftswomen working in the fields of Fashion, Design, Wines & Spirits and the Preservation of French patrimony.

The Group and its Maisons gather more than 200 métiers d’excellence, making LVMH the company with the greatest variety of crafts in the world. The Group has always given the utmost attention to the preservation and transmission of these know-how, some of which are centuries old. This commitment, reflected in many initiatives, from the Journées Particulières to LVMH’s Métiers d’Arts, through the Institut des Métiers d’Excellence and the recent signing of the « WE for ME » pact, is behind the Group’s decision to promote the Prix des Artisanes, which focuses on craftswomen.

This Prize will highlight inspiring and sometimes little-known professions, showing students and women in career transition that these métiers are fulfilling and promise a successful path ahead of them. Gem cutter, feather worker, woodworker, cellar master… These skills are constitutive of French patrimony, their legacy must be preserved, and the presence of women in these sectors is essential.

To participate, candidates must meet the following criteria:

Applications are open until August 31!

The finalists will be selected in each of the four categories and will present their case to an exceptional jury composed of Chantal Gaemperle, Group EVP, Human Resources and Synergies, Victoire de Castellane, Artistic Director, Dior Joaillerie, Antoine Arnault, Image & Environment LVMH, as well as Inès Mesmar, founder of the association La Fabrique NOMADE – LVMH’s partner since 2019, and many other artists and members of the editorial teams of ELLE magazines. 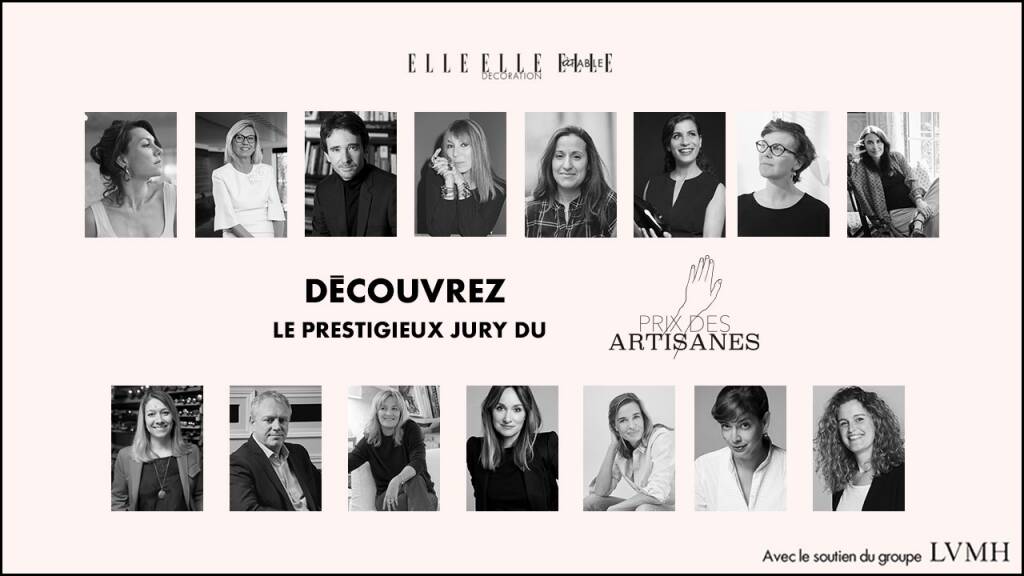 A winner will be chosen in each category and prizes will be awarded on October 14 at Fondation Louis Vuitton.

They will benefit from media coverage of their careers and work in ELLE magazines and will receive personalized professional support to improve the success of their atelier and/or company.