Since the creation of its Women@Dior mentoring program in 2017, Dior has coached and encouraged thousands of young women in 25 countries. This year the couture house has called on inspiring leaders to share insights for the launch of the Women Leadership & Sustainability Education Program. This new component in Dior’s international mentoring initiative is dedicated to gender equality and women’s leadership for greater solidarity and a responsible future.

The four pillar values of the broad Women@Dior initiative are Autonomy, Inclusion, Creativity and Sustainability. By making its new online learning platform for the Women Leadership & Sustainability Education Program available to 500 plus students, Dior is reaffirming support for access to education for young women the world over. Through a partnership with UNESCO, 100 talented students will also have access to this program. Dior has joined UNESCO’s Global Education Coalition to address the serious educational crisis spawned by the Covid-19 epidemic. 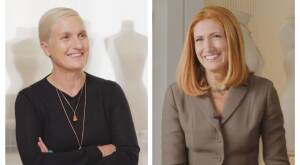 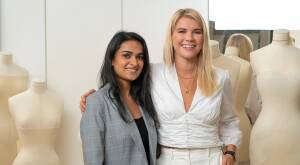 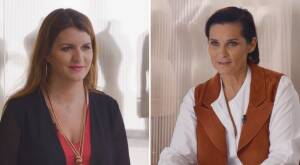 Maria Grazia Chiuri, Creative Director for Dior women’s collections, believes it is essential to encourage young women to become tomorrow’s leaders. “Women are very present in the workplace, but too often they are not in leadership positions. And I believe that women can bring so much to the table, because they have such a different approach, based on sharing and teamwork.”

One of the goals of the LVMH Group is to have gender balance in key positions, notes Chantal Gaemperle, Executive Vice President Human Resources and Synergies and a member of the LVMH Executive Committee. She underlines the importance of a good education through initiatives such as the Women Leadership & Sustainability Education Program. Education, she says, is key to nurturing the confidence of young women, enabling them to be ambitious and dare.

Ambition also figures at the heart of the message to young women from Marlène Schiappa, French Minister Delegate for Citizenship. She would like to see girls taught to “conquer space” and to take risks right from a very young age. “There are too many young girls who rein in their ambition and are too afraid to dream because they have too few role models and they don’t tare tell themselves that they’ll be an astronaut, a CEO or president,” says the Minister.

Another role model invited by Dior is Ada Hegerberg, who sees this program as a way to help young women find their talents and gain confidence from them. The Norwegian footballer, a striker for Olympique Lyonnais, says that “self-confidence makes it possible to achieve great things.”

The positive and insightful messages of these bold women enriche the Women Leadership & Sustainability Education Program. The year-long agenda on the online platform comprises courses taught by prominent professors from leading schools, including Central Saint Martins in London, Bocconi University in Milan and HEC and Centrale Supélec in Paris, all focused on developing the talented women leaders of tomorrow.

Following the theoretical coursework, participants have a chance to put the things they have learned into practice by developing a “Dream for Change Project” that supports empowerment of young girls at the local level. The most impactful projects will be presented during a global e-conference in March 2021, and will be eligible for support from Dior and the LVMH Group.